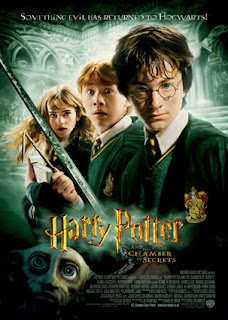 I was reading Harry Potter and the Deathly Hallows a few nights ago, and I came across a part that rung a bell in my head.  Talking about classical conditioning, this part followed the model perfectly.

In HP, Harry, Ron, and Hermoine are breaking into Gringotts, the magical bank that is supposedly impenetrable.  Harry uses a forbidden curse to force a goblin to take them down to a specific vault, where they are trying to steal a goblet that is really a Horcrux. 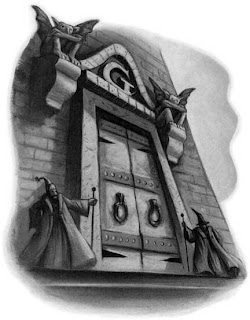 In the story, the clankers immediately force the dragon back, and Harry and friends all get to the vault unscathed.  Side note: the story revealed that they had not used the sword in a long time.  This would result in extinction and the dragon would eventually ignore the clankers.
In this case, the goblins used a positive punishment because they gave a red-hot sword slash to the face of the dragon.  Also, the schedule probably started at a fixed ratio and then turned into a variable ratio.
Posted by Billy Maes at 2:09 PM